The Survey of Current Business is turning 100! We are pleased to present over the coming months a look back at a century of achievements and innovation as we highlight each decade of its history with original articles, reprints from the BEA archives, profiles of top influencers, downloadable posters, and other historical content. Check back here through July 2021 for new material.

Feature articles on new topics and on recurring themes from current and former BEA staff, academics, and researchers.

Reprints of articles, including modern commentary, covering topics that had significant impact on BEA, its mission, and its accounts.

Cover of the first issue of the Survey of Current Business, published on July 1, 1921.

BEA and its online journal are respected sources of data on the health of our national economy due in large part to the individuals who influenced BEA and its predecessor agencies over the past century. As we celebrate the centennial of the Survey, some of these top influencers will be profiled here.

Each month until July 2021, we will publish a new centennial-themed downloadable poster. Check back here to collect them all! 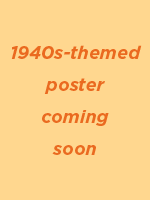 Interesting and noteworthy memorabilia from the BEA archives. Stay tuned each month for historical content from each decade. 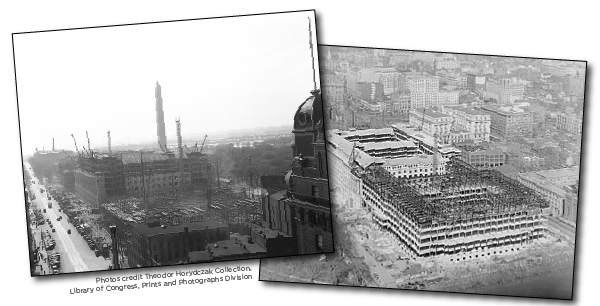 Construction of the Department of Commerce (DOC) Building, where the Survey was produced in its early days. Both the building and the journal got off the ground in the 1920s. Seven stories high, the largest office building at that time, and located in the Federal Triangle area of Washington, D.C., it was renamed the Herbert C. Hoover Building in 1981 in honor of the former Secretary of Commerce and U.S. President. 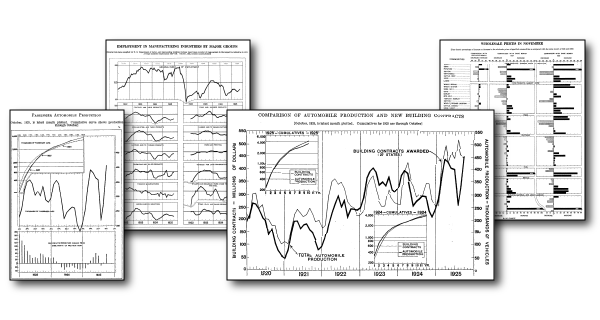 Selected content from the December 1925 issue of the Survey, which provided tables and charts of business indicators and trends by industry and foreign trade data. 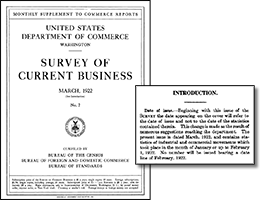 Beginning with the March 1922 issue, the date appearing on the cover referred to the date of the issue and not the date of the statistics contained in the Survey. The earliest Surveys were mimeographed, 10-page documents. 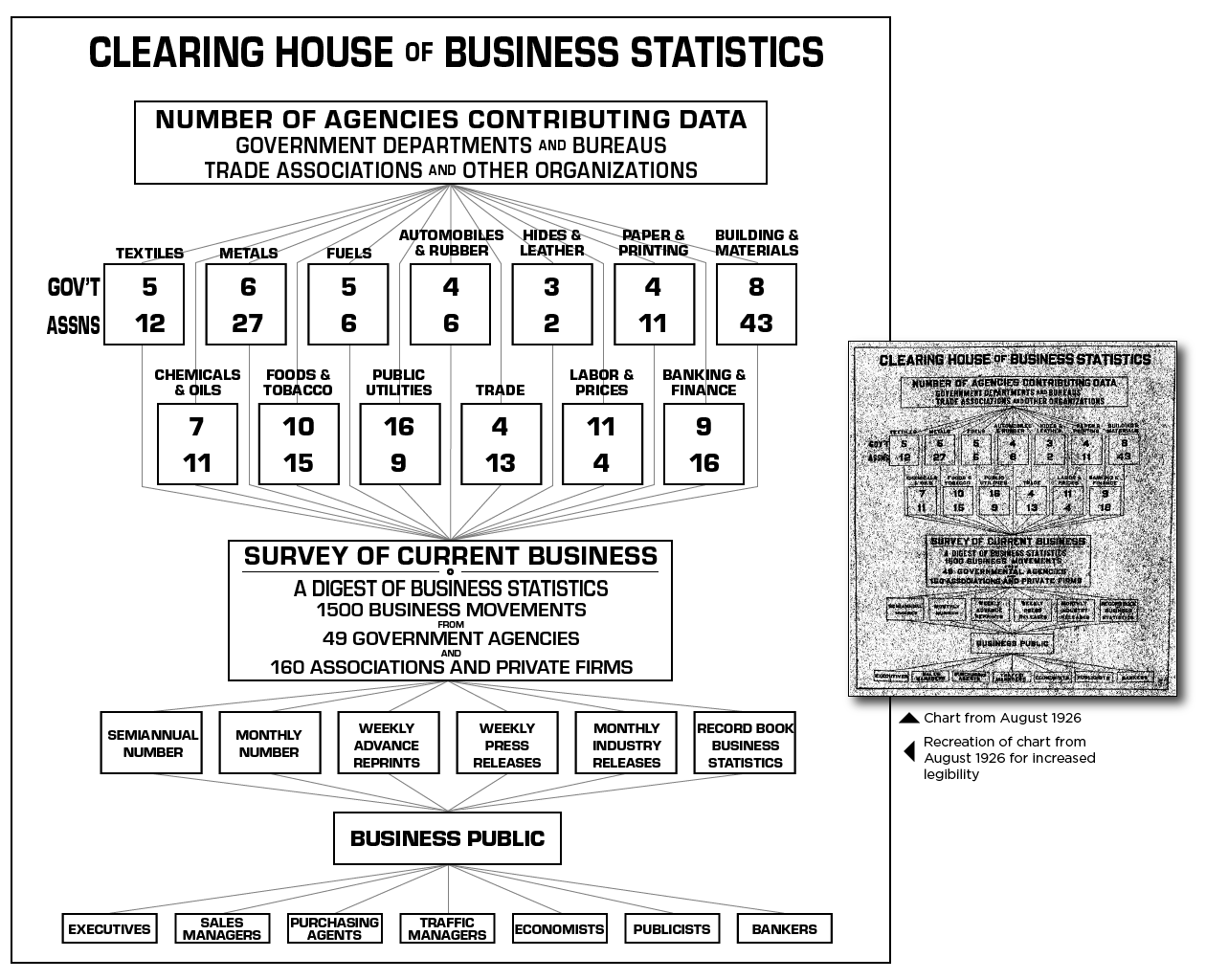 “The Clearing House of Business Statistics” was a collaboration of government departments and bureaus, trade associations, think tanks, and other organizations. This chart from the August 1926 issue explains its data-gathering structure. 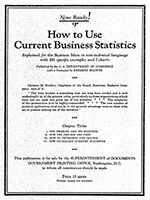 The DOC publication How to Use Current Business Statistics was subtitled “Explained for the Business Man in non-technical language with 283 specific examples and 7 charts.” It contained a foreword by Herbert Hoover and cost 15 cents.

In August 1929, a subscription to the Survey cost from $1.50 a year to $5.50 per year if it included Commerce Reports. A single monthly copy cost 10 cents. Payment could be made by postal money order, express order, or New York draft.

During the 1930s, the Survey of Current Business began running advertisements for Department of Commerce products. These ads were usually on the inside front or inside back covers of the publication. Featured here are some of the more visually interesting ads from the 1930s. 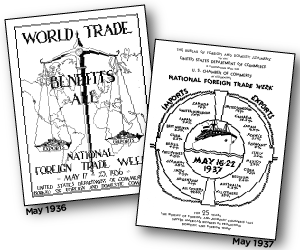 Advertisements appeared in the Survey for the Department of Commerce's 1936 and 1937 Foreign Trade Weeks reports. The 1937 report also commemorated the 25th anniversary of the creation of the Bureau of Foreign and Domestic Commerce. 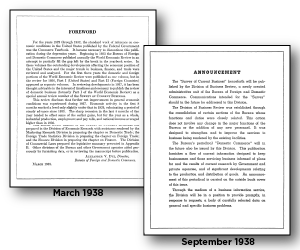 A glimpse into the production of the Survey during its early years is shown here in the first Survey-published message from a Bureau director in March 1938. Note that a different division within the Bureau of Foreign and Domestic Commerce would take over publishing the Survey in September 1938. 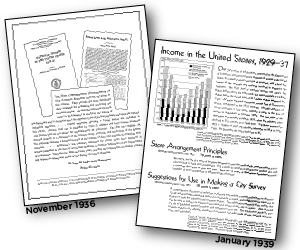