The U.S. current-account deficit, which reflects the combined balances on trade in goods and services and income flows between U.S. residents and residents of other countries, widened by $59.0 billion, or 52.9 percent, to $170.5 billion in the second quarter of 2020 (chart 1 and table A). This is the largest deficit recorded since the third quarter of 2008, when it was $178.2 billion. The revised first-quarter deficit was $111.5 billion.

The second-quarter deficit was 3.5 percent of current-dollar gross domestic product, up from 2.1 percent in the first quarter.

The $59.0 billion widening of the current-account deficit in the second quarter mostly reflected an expanded deficit on goods and reduced surpluses on primary income and on services.

All major categories of current-account transactions declined in the second quarter of 2020, resulting in part from the impact of COVID-19, as many businesses were operating at limited capacity or ceased operations completely, and the movement of travelers across borders was restricted. In the financial account, the ending of some currency swaps between the U.S. Federal Reserve System and some central banks in Europe and Japan contributed to U.S. withdrawal of deposit assets and U.S. repayment of deposit liabilities. The full economic effects of the COVID-19 pandemic cannot be quantified in the statistics, because the impacts are generally embedded in source data and cannot be separately identified. More information can be found in the “Technical Note” that accompanied the second-quarter 2020 international transactions statistics. 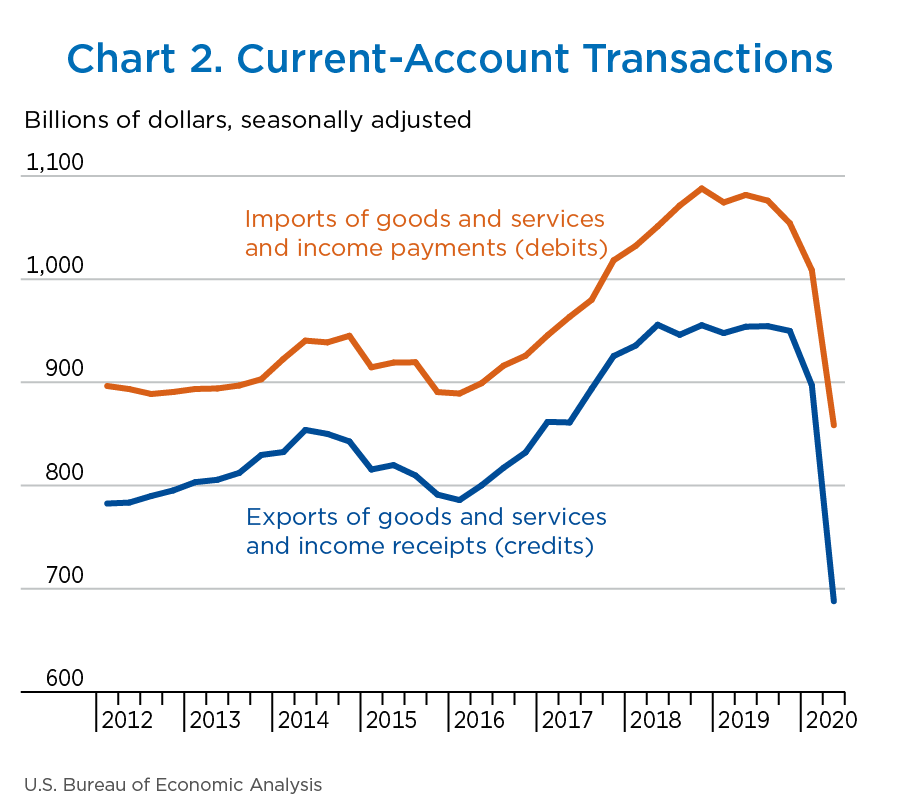 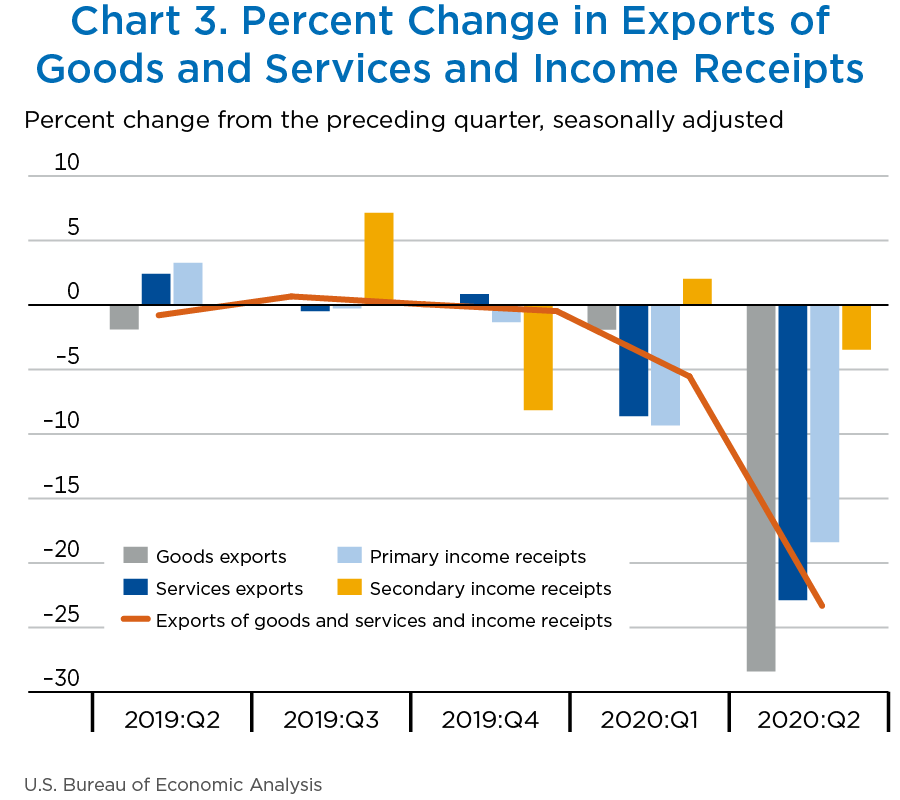 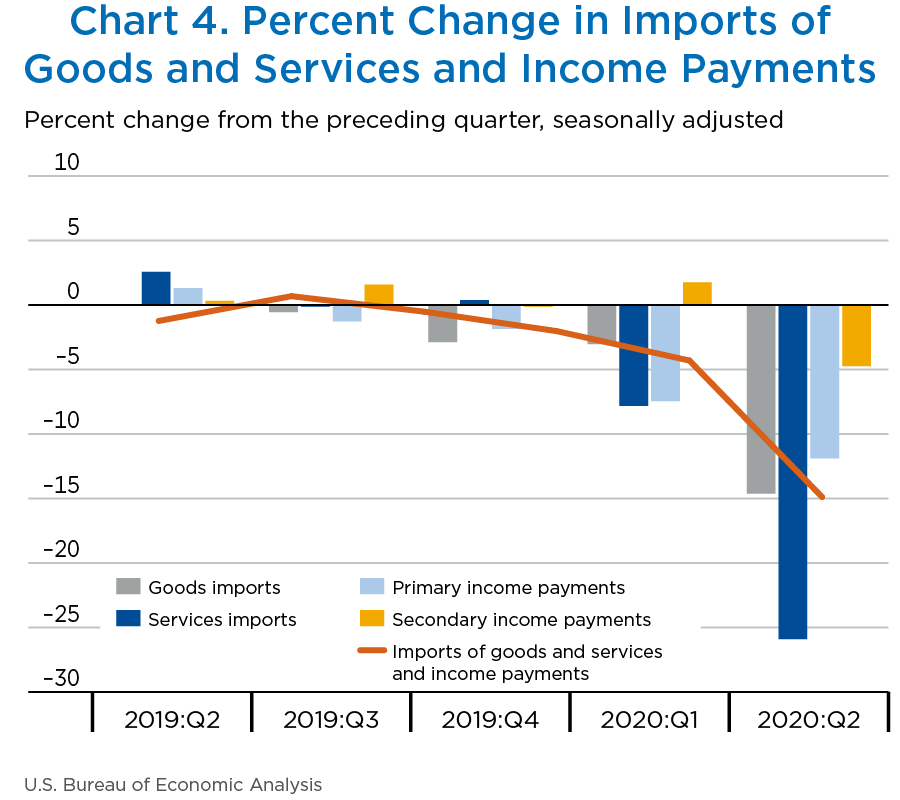 Capital-transfer payments decreased $1.9 billion, to $1.1 billion, in the second quarter, mostly reflecting a decrease in investment grants (table A). 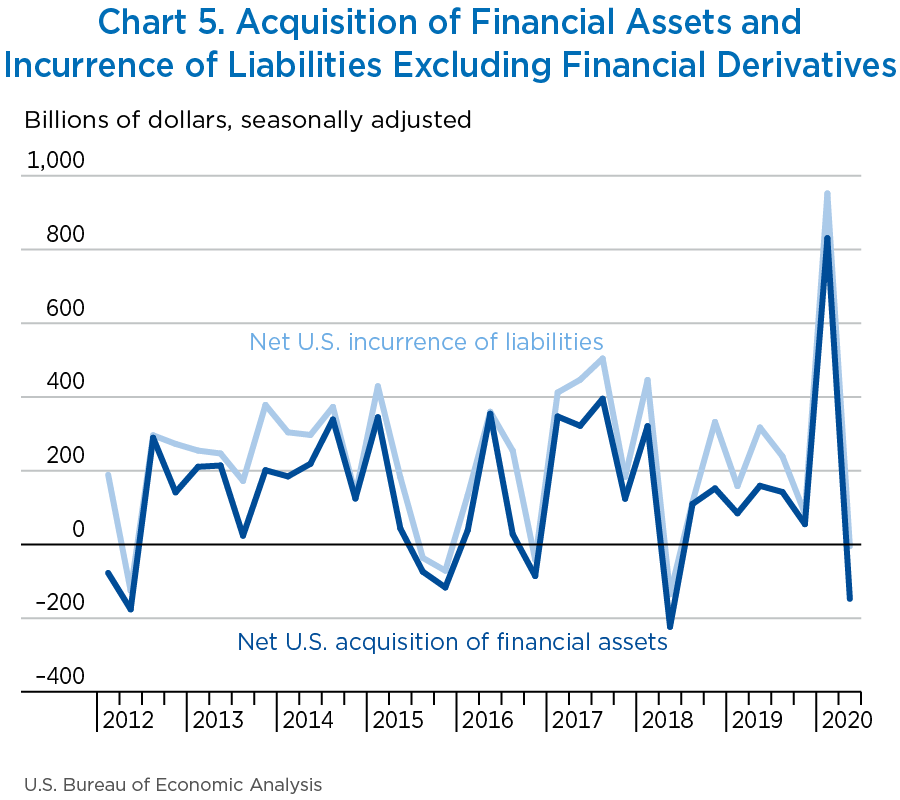