The Survey of Current Business is 100! We are pleased to present a look back at a century of achievements and innovation highlighting each decade of its history with original articles, reprints from the BEA archives, profiles of top influencers, downloadable posters, and other historical content.

BEA staff introduce reprints of a 1951 article on annual constant-dollar GNP and a 1958 article on quarterly contant-dollar GNP, highlighting significant improvements to this important measurement tool in national income and product accounting.
November 2020

George Jaszi: An Architect of the National Economic Accounts and BEA 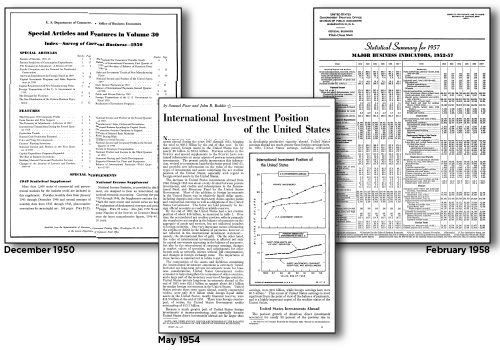 The Survey of Current Business had a number of “firsts” in the 1950s. These included the first annual index of special articles and features for Volume 30, the first international investment postion article in May 1954, and the first time an annual “Statistical Summary” appeared at the end of an annual issue. 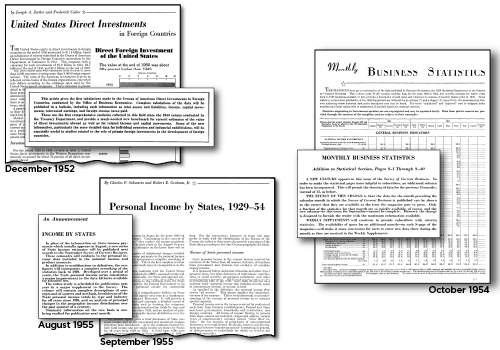 Updates and new data in the Survey during the 1950s, detailed in editorial notices, included the first tabulations of the Census of American Direct Investments in Foreign Countries (December 1952), a new addition to the Survey's long-standing “Monthly Business Statistics” section (October 1954), and the first appearance of the state personal income series (notice August 1955; data September 1955).

During the 1950s, the Survey continued the development of recurring articles. Every March or April, the Survey featured an article on business investment and sales expectations, and there were major improvements to gross national product (GNP) reporting, including the annual constant-dollar GNP article, which began in January 1951 and evolved into the quarterly constant-dollar GNP series in December 1958.

The Survey continued its tradition of creating informative, visually appealing charts and graphs in the 1950s, featuring data on GNP, imports and exports, population growth, postwar foreign aid, travel and transportation, the purchasing power of U.S. families, and countless other topics. 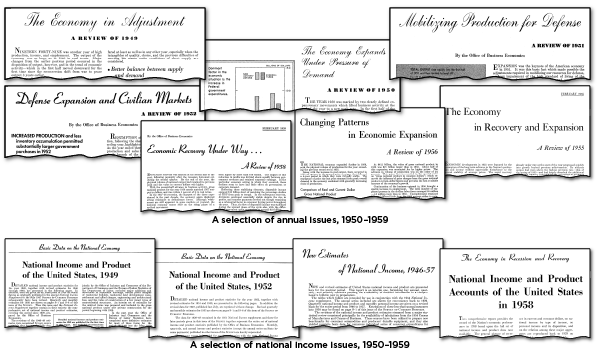 The Survey continued publishing an annual issue each February during the 1950s. In July 1950, the Survey published a national income issue, which soon became a second special issue, published each July from 1952 onward. 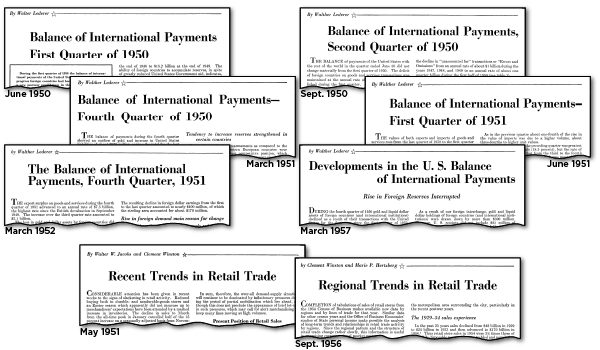 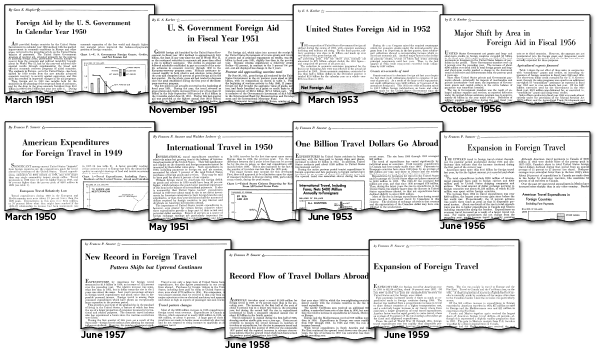 The Survey published a number of articles on recurring subjects throughout the 1950s. As the U.S. government, businesses, and citizens reconnected with Europe and Asia after World War II, many of these articles centered on foreign aid, foreign travel, and the flow of travel dollars. 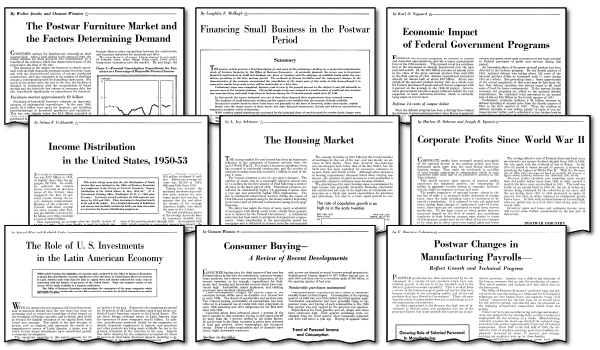 Interesting special articles that ran in the Survey in the 1950s included “The Demand for Furniture,” “Financing Small Business in the Postwar Period,” “Economic Impact of Federal Government Programs,” “Income Distribution in the United States, 1950–53,” “The Housing Market,” “Corporate Profits Since World War II,” “The Role of U. S. Investments in the Latin American Economy,” “Consumer Buying—A Review of Recent Developments,” and “Postwar Changes in Manufacturing Payrolls.” 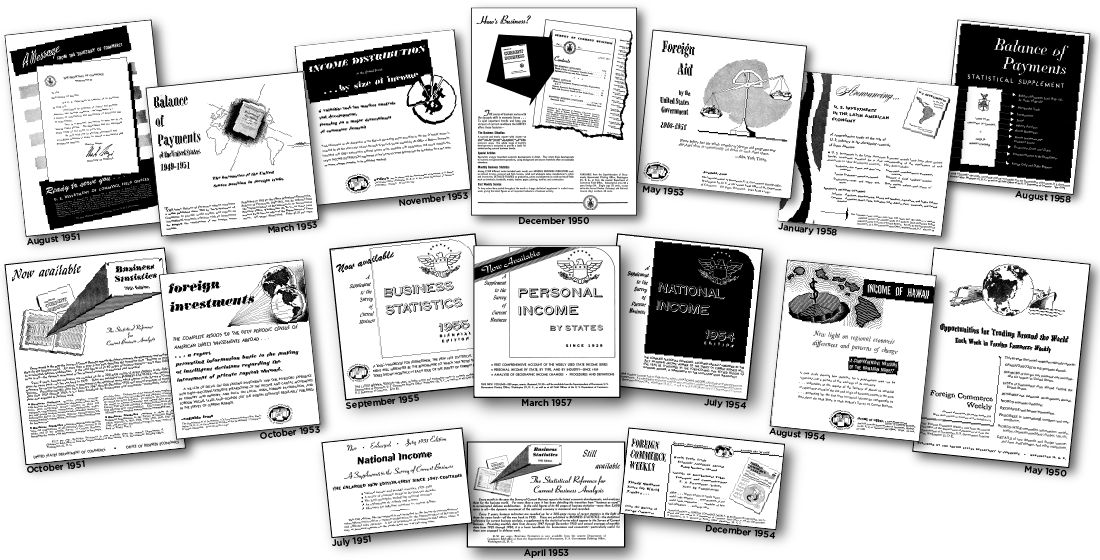 A selection of advertisements featured in 1950s issues of the Survey included many for Department of Commerce publications, supplements to the Survey, and statistical references.