The Federal Economic Statistics Advisory Committee (FESAC) advises the Directors of the Department of Commerce's statistical agencies, the Bureau of Economic Analysis (BEA) and the U.S. Census Bureau, and the Commissioner of the Department of Labor's Bureau of Labor Statistics (BLS), on statistical methodology and other technical matters related to the collection, tabulation, and analysis of federal economic statistics. 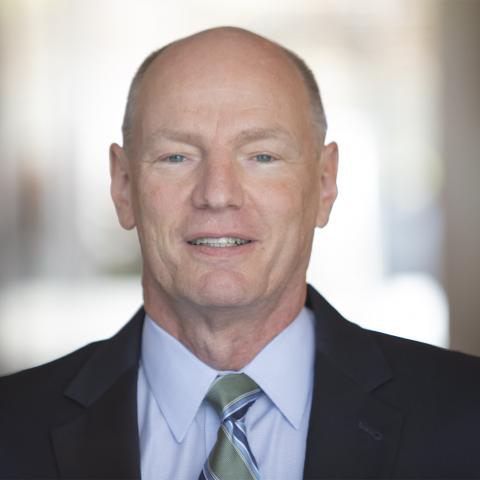 David Wilcox joined the Peterson Institute for International Economics in August 2019, and is now a senior fellow there. His current research focuses on the U.S. macroeconomy, monetary policy, and diversity and inclusion, especially in the economics profession. Previously, he served roughly 30 years as member of the staff of the Federal Reserve Board, including as deputy director (2001-11) and director (2011-18) in the Division of Research and Statistics. In the latter role, he functioned as the chief economist of the division, a senior advisor to three successive chairs of the Federal Reserve Board, the division's lead for strategic direction, and its chief manager. He also served as assistant secretary for economic policy at the Treasury Department from 1997 to 2001, and as a senior economist at the Council of Economic Advisers from 1994 to 1995.

Wilcox is the author of many publications, including "Okun Revisited: Who Benefits Most From a Strong Economy?" He serves on a task force commissioned by the American Economic Association to recommend best practices for improving diversity and inclusion in the economics profession. Wilcox received a Ph.D. in economics from the MIT and a B.A. in mathematics from Williams College. 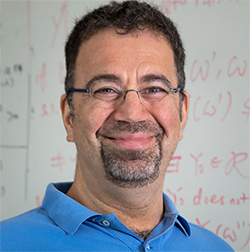 Acemoglu is the author of five books, including New York Times bestseller Why Nations Fail: The Origins of Power, Prosperity, and Poverty (joint with James A. Robinson), Introduction to Modern Economic Growth, and The Narrow Corridor: States, Societies, and the Fate of Liberty (with James A. Robinson).

His many honors and awards include the John Bates Clark Medal in 2005, the Erwin Plein Nemmers Prize in 2012, and the 2016 BBVA Foundation Frontiers of Knowledge Award. 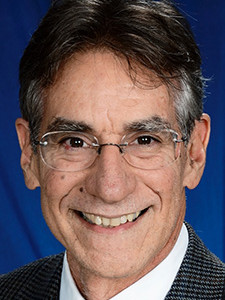 Yale University and the National Bureau of Economic Research

Joseph Altonji is the Thomas DeWitt Cuyler Professor of Economics at Yale University and a Research Associate of the National Bureau of Economic Research. He previously held faculty positions at Columbia and Northwestern and served as a visiting professor at Princeton and Harvard. He is an elected fellow of the Econometric Society, the American Academy of Arts and Sciences. He is also an elected fellow and past president of the Society of Labor Economists and president of the Eastern Economic Association. He received the IZA Prize in Labor Economics in 2018.

Altonji specializes in labor economics and applied econometrics. His interests include labor market fluctuations, labor supply, consumption behavior, the economics of education, economic links among family members, race and gender in the labor market, wage determination, and econometric methods. Altonji has served as a consultant to the Federal Reserve Bank of Chicago and on advisory panels including the National Academy of Sciences’ Committee on National Statistics (CNSTAT) and the National Science Foundation Social, Behavior and Economic Sciences Advisory Committee. Altonji received his Ph.D. in economics from Princeton and his M.A. and B.A. from Yale. 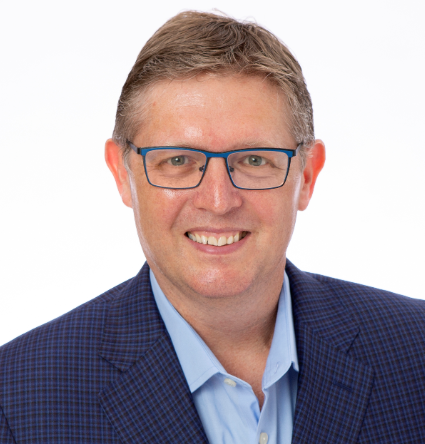 Amazon and University of Washington

Patrick Bajari is vice president of the Core Artificial Intelligence team and chief economist at Amazon. His team is comprised of approximately 100 software engineers and scientists in machine learning, statistics, operations research and econometrics. Since joining Amazon in 2010, his team has helped to build scalable systems for supply chain, transportation, pricing, automated marketing, robotics, forecasting, Human Resources, and others.

Prior to joining Amazon, he was a faculty member at Harvard, Stanford, Duke, Michigan, and Minnesota. He is also a professor of economics at the University of Washington, a fellow of the Econometric Society, and on the board of directors of the National Association for Business Economics. 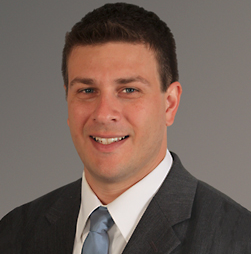 Jason Faberman is a senior economist and economic adviser in the Research, Policy, and Public Engagement Department of the Federal Reserve Bank of Chicago. His research focuses on the labor market, with a particular focus on the interaction between employers and workers. Faberman has studied these interactions at the micro level, across the broader macroeconomy, and across urban areas. 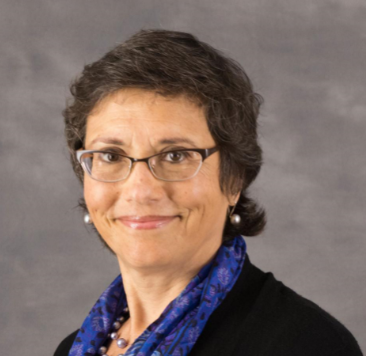 Erica Groshen is senior economics advisor at the Cornell University School of Industrial and Labor Relations and a research fellow at the Upjohn Institute for Employment Research. From 2013 to 2017, she served as commissioner of the U.S. Bureau of Labor Statistics, the principal federal agency responsible for measuring labor market activity, working conditions, and inflation. Before that she was vice president in the Research and Statistics Group of the Federal Reserve Bank of New York. Her research has centered on jobless recoveries, wage rigidity and dispersion, and the role of employers in the labor market.

Groshen is the lead author of “Preparing U.S. Workers and Employers for an Autonomous Vehicle Future,” with Susan Helper, John Paul MacDuffie, and Charles Carson. She also co-authored “How New is the ‘New Employment Contract’?” and co-edited “Structural Changes in U.S. Labor Markets: Causes and Consequences.” She received the 2017 Susan C. Eaton Outstanding Scholar-Practitioner Award from the Labor and Employment Relations Association. She holds a Ph.D. in economics from Harvard and a B.S. in mathematics and economics from the University of Wisconsin-Madison. 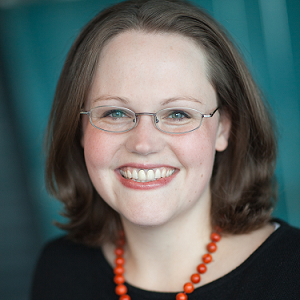 Svenja Gudell is the chief economist at the worldwide job site Indeed, which has more than 250 million unique visitors per month. She oversees Indeed’s economic research team, the Hiring Lab, which is a global team of economists and data scientists, leading the global labor market conversation. The team is recognized by a wide audience of media, policymakers, and professionals for its impartial, data-driven insight into the labor market, the broader economy, and the relationship between the two. 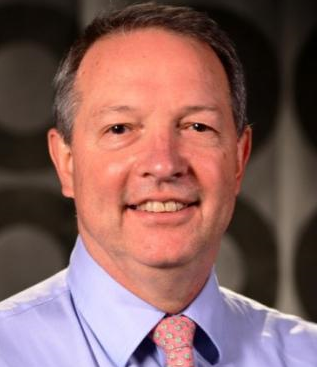 John Haltiwanger is a distinguished university professor in the Department of Economics at the University of Maryland and the first recipient of the Dudley and Louisa Dillard Professorship. After serving on the faculty of UCLA and Johns Hopkins University, he joined the faculty at Maryland in 1987. In the late 1990s, he served as chief economist of the U.S. Census Bureau. He is a research associate of the National Bureau of Economic Research, a senior research fellow at the Center for Economic Studies at the U.S. Census Bureau, and a fellow of the Society of Labor Economics and the Econometric Society. He has played a major role in developing and studying U.S. longitudinal firm-level data.

His work with the statistical agencies was recognized with the Julius Shiskin Award for economic statistics in 2013, the Roger Herriott Award for innovation in federal statistics in 2014, and the Global Entrepreneurship Research Award in 2020. He has published more than 100 academic articles and numerous books, including “Job Creation and Destruction.” He received his Ph.D. from Johns Hopkins. 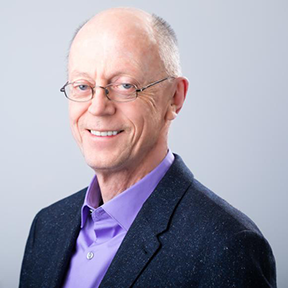 Colm O'Muircheartaigh is a professor at the University of Chicago Harris School of Public Policy and served as dean of Harris from 2009 to 2014. He is also a senior fellow at NORC at the University of Chicago. O'Muircheartaigh is co-investigator on the National Institute on Aging's [NIA] National Social Life, Health, and Aging Project (NSHAP) and on the NIA T-32 Training Program in the Demography and Economics of Aging. O'Muircheartaigh joined Harris in 1998 from the London School of Economics and Political Science, where he was the first director of the Methodology Institute, the center for research and training in social science methodology, and a faculty member of the Department of Statistics from 1971. 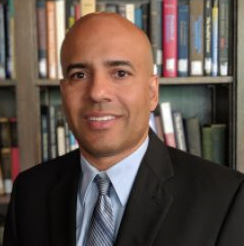 Mel Stephens is professor of economics at the University of Michigan, with a courtesy appointment at the Ford School. He serves as a research affiliate at the Population Studies Center and a faculty associate at the Survey Research Center, both within the Institute for Social Research. Stephens is also affiliated with the National Bureau of Economic Research, currently as a research associate. He has previously served as a member of the Academic Research Council at the Consumer Financial Protection Bureau.

Stephens is a labor economist whose research interests include consumption and savings, aging and retirement, education, the impact of local labor market fluctuations on household outcomes, and applied econometrics. He received his B.A. in economics and mathematics from the University of Maryland and his Ph.D. in economics from the University of Michigan.

Chris Wheat is a managing director at JPMorgan Chase & Co. and co-president of the JPMorgan Chase Institute, where he leads and develops the research agenda on small business, local economic development, and inclusive banking. His recent work has focused on racial gaps in financial outcomes for households and small businesses, the impact of the Payroll Protection Program on small business activity, and the role of online retail in shaping outcomes in and across cities. His work has been cited by federal and local policymakers.

In addition to leading research, Wheat is invested in work on diversity, equity, and inclusion at both the institute and JPMorgan Chase, serving as a mentor, leader, and adviser to young Black professionals across the firm. He serves on the board of the Association for Enterprise Opportunity, and regularly joins industry leaders and other experts in joint advisory work on small business economic policy.

Previously, Wheat served as the director of analytics at a financial technology startup, where he led the development of advanced analytics algorithms. He previously was an assistant professor at the MIT Sloan School of Management and at the Center for Urban Entrepreneurship & Economic Development at Rutgers Business School. As a faculty member, he taught and researched topics in strategy, entrepreneurship, global microfinance, economic sociology, and social network analysis. He earned a B.S.E. in mechanical and aerospace engineering from Princeton University, an M.S. in computer science from Stanford University, an M.A. in sociology from Harvard University, and a Ph.D. in organizational behavior from Harvard University.

Exploring Data Sources of the Future: Learning and Employment Records

Modernization in Data Collection and Methods in Response to COVID-19

Contingent Work and the Gig Economy

Report from the Commission on Evidence-Based Policymaking

The Role of the Statistical Agencies in the 21st Century

The Future of Economic Statistics

The Challenges of Mixed Devices for Survey Data Collection

Measurement of the Financial Sector